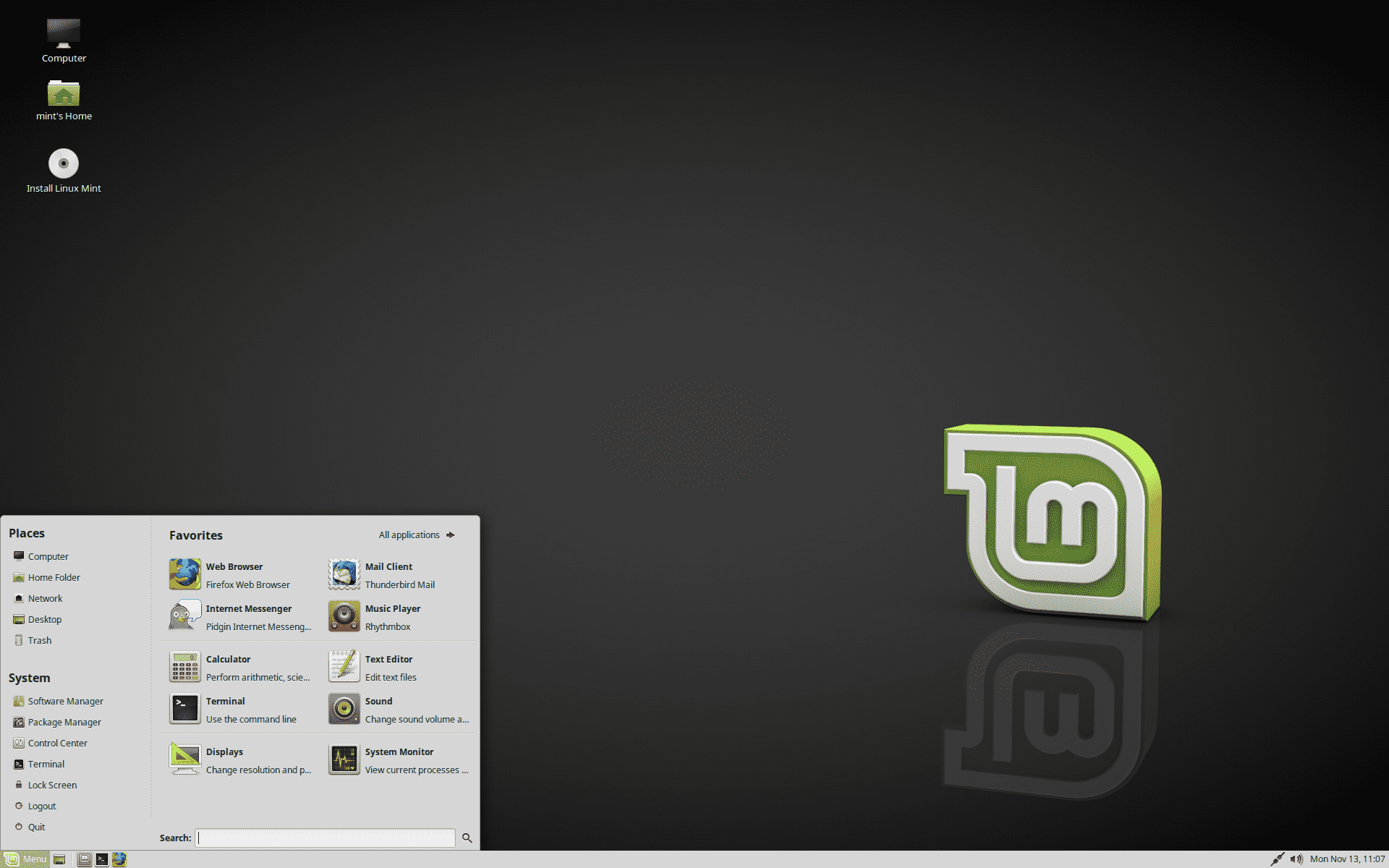 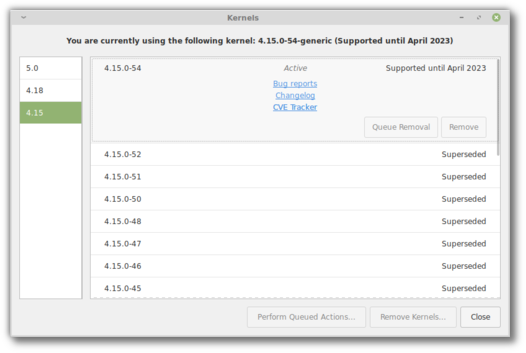 The Update Manager now shows how long kernels are supported.

You no longer need to install or remove kernels one by one anymore, you can queue installations and removals and install and remove multiple kernels in one go.

A “Remove Kernels…” button was added to make it easier to remove obsolete kernels.

Support for kernel flavors was added. If you’ve got a non-generic kernel installed, the Update Manager will show a combobox so you can switch between flavors.

Preferences were simplified and now use the newly introduced Xapp Gsettings widgets: 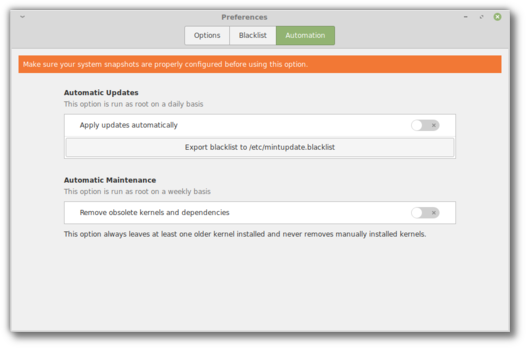 Preferences in the Update Manager

It is now possible to blacklist specific versions (so you can blacklist a particular update for a package without blacklisting future versions of it).

The automatic refresh is now configurable.

In the automation preferences, you can ask the Update Manager to automatically remove kernels which are no longer needed.

The user interface was also improved: